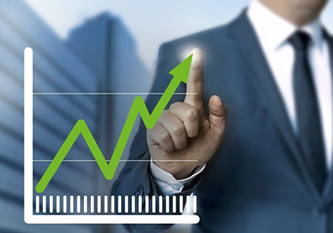 It is certainly a good question about what is happening with Bitcoin. Is it possible that a virtual product can go up in Price more then 2000% in just one year and not be a bubble?

„Bitcoin is the fastest-growing asset in the world this year, but the virtual currency does not appear to have many users in London’s tech district. It has been more than a month since bitcoin was used to buy a flat white or craft beer sold at the Old Shoreditch Station, according to the hospitality manager at the east London bar.

Louis Chauvin admits he cannot find the iPad that is used by staff for processing bitcoin payments, as he resumes serving customers queueing to pay with their contactless bank cards. Although the establishment sits in the capital’s buzzing tech hub, and is advertised online as one of the few retailers in London accepting the hipster-cum-computer nerds’ currency, as few as 20 people have asked to pay with it in the two years he has worked there.

Chauvin says bitcoin’s increasing value – and media coverage – has not escaped customers. More people have come in asking how it works, thinking of using it in their own shop, rather than actually paying with it, he says, adding: “It’s cool, it attracts some people. But for now it’s niche.”

How can Bitcoin still be a niche while it has reached this incredible Price and lots of experts talk about a bubble? It is clear that bitcoin is not much used for payments as most bitcoin owners are holders. But it is still interesting to know that most people now have Heard about bitcoin but do not actually own some.

Who knows where the future price will be of Bitcoin? At the moment nobody… but at the same time it looks likely that we are at the point of a paradigm shift from the government money to peoples money and if this happens Bitcoin will surprises us many more times!

One Comment on “Bitcoin: is it a bubble waiting to burst or a good investment?”

Wonderful internet site. A lot of useful info right here. I’m sending it with a good friends ans likewise giving throughout yummy.. crypto-coffre Not to mention, thank you in the sweat!