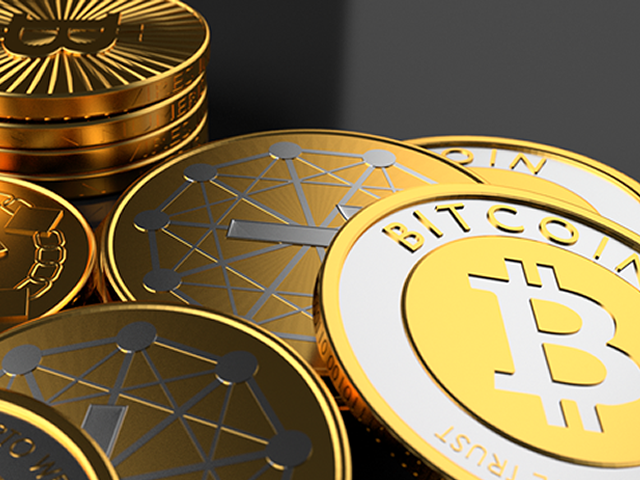 Bitcoin could make up 10 percent of the $5 trillion average daily volume in the foreign exchange market in 10 years, according to Saxo Bank analyst Kay Van-Petersen.

Its market capitalization could grow to $1.75 trillion which would make each bitcoin worth $100,000.

Bitcoin’s price has the potential to hit over $100,000 in 10 years, which would mark a 3,483 percent rise from its recent record high, an analyst who correctly predicted the cryptocurrency’s rally this year told CNBC on Tuesday.

In December, Saxo Bank published its annual report called „Outrageous Predictions“ with one of the forecasts calling for bitcoin to hit $2,000 in 2017. At the time the note was published, bitcoin was trading at around $754, so the target price represented a 165 percent rise. Bitcoin hit $2,000 on May 20.

But now, Kay Van-Petersen, the analyst behind the call, is looking long term and sees a big rise ahead for bitcoin.

Here’s how he came up with his price target in 10 years.

Van-Petersen is assuming cryptocurrencies in general – not just bitcoin – will account for 10 percent of the average daily volumes (ADV) of fiat currency trade in 10 years. Foreign exchange ADV currently stands at just over $5 trillion, according to the Bank for International Settlements.

Also, Van-Petersen then implies that bitcoin’s market capitalization would be ten times the average daily volume, giving a figure of $1.75 trillion for the market cap. The current figure is around $37.8 billion, according to data from industry website CoinDesk.

Bitcoin has a limited supply of 21 million which is expected to be reached by the year 2140. In 10 years, the analyst thinks that there will be 17 million bitcoin in circulation, up from the current 16.3 million figure.

If the potential 17 million of bitcoins in supply is divided by the $1.75 trillion market cap estimate, then each bitcoin would be worth just over $100,000.